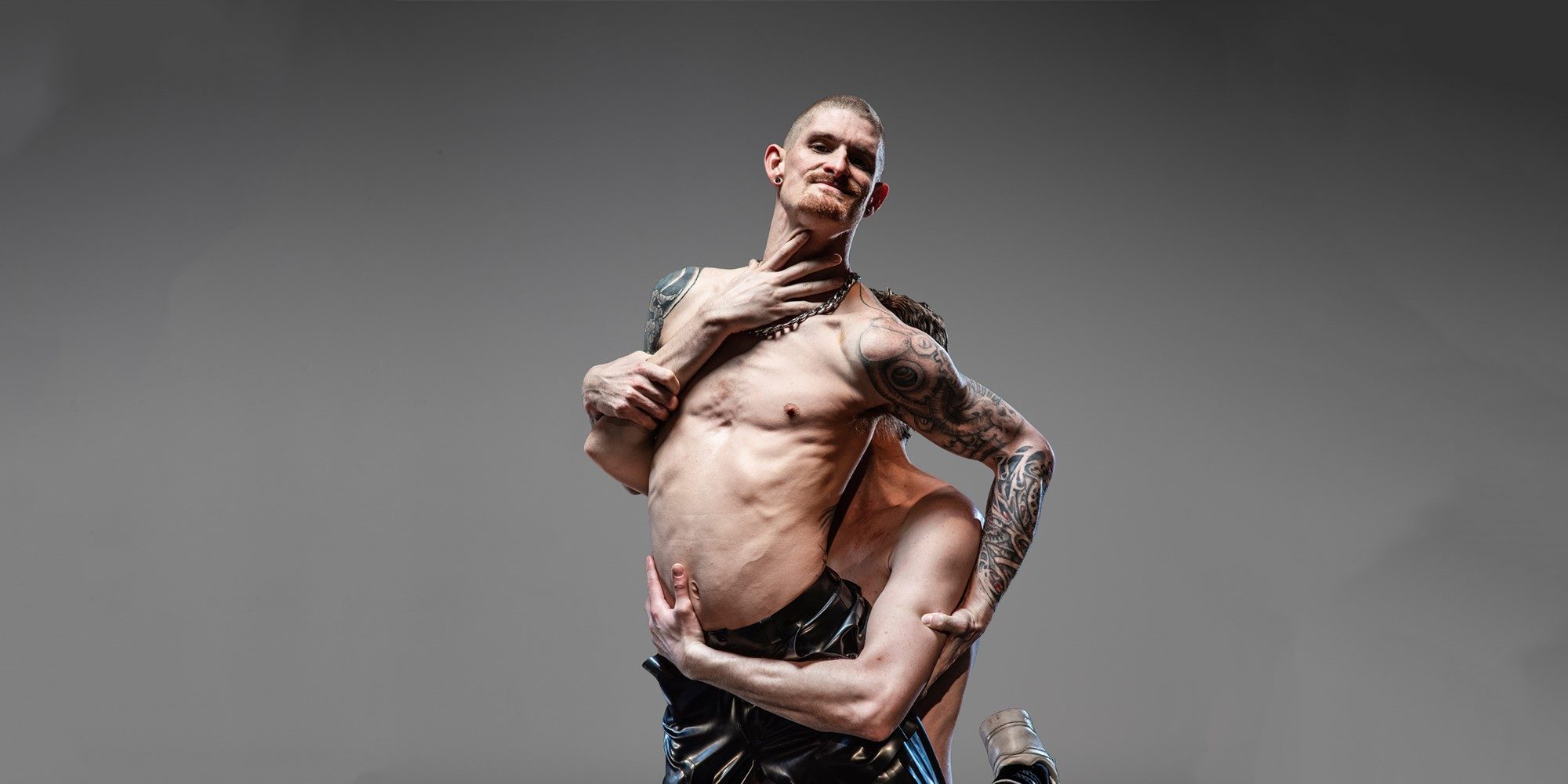 Upon entering the performance space I was greeted by who I later found out was Christopher Owen, or his stage name, KrisX. He was whimsically dancing around the stage to upbeat music while the audience poured in. As the show began KrisX disappeared behind a curtain and out came a shirtless, tattooed-covered man into the spotlight. Dan Daw refers to himself as a crip. Reclaiming the once derogatory term for disabled people is one of the many ways he implements power back into his life. The show began with a list of disclaimers and trigger warnings plus content warnings alerting the audience to how loud the music would get and how bright the lights would be along with the assurance that Dan had consented to everything we were about to see. These warnings and explanations created a level of trust between the audience and the performers which I had never felt at a show before. It was a “safe space” in every sense of the word, and they even encouraged the audience to move around, fidget or even leave and come back as they desired. This attention to accessibility came from Zed Lightheart, an autistic man who understands firsthand the sensory needs all types of people may require when attending shows. His efforts in access support are revolutionary and should be implemented in all types of performances as it improves the viewing experience immensely regardless of your access needs.

The performance consisted of intimate choreography, conversation and displays of the sexual power dynamic between Dan and KrisX. As the submissive half of the pair, Dan is shown being dominated by KrisX physically but also emotionally. Dan would be degraded by being made a footstool, spat on or being pushed to his absolute limits by being choked. KrisX ordered Dan around the stage, making him stand on tables or lie down on the floor. There were scenes depicting Dan yelling his safe word “spoons” when things became too much for him which led the men to stop and have conversations establishing boundaries, desires and most importantly trust. The Dan Daw Show taught the audience that kink is about asking for what you need without shame and celebrating the deep levels of communication and connection that stem from this.

The post-show conversation allowed the audience to ask questions to the performers and the production team. Multiple audience members thanked Dan for the representation of disabled people as sexual beings with desires. Dan also spoke in greater detail about his relationship with his body and turning his shame into intense pride through the avenue of performance. Delving into the authentic and raw world of diverse kink was unexpected but Dan provided a unique and personal perspective. The Dan Daw Show was intensely captivating, emotional and actually pretty funny with Daw’s use of self-deprecating humor. Overall I hope to see more performances diverging from the usual discomfort of sitting for two hours in a place you feel like you don’t belong and actually considering the needs of the people who are attending shows. The Dan Daw Show not only created a comfortable and educational space for the audience but also the honor of witnessing someone truly accept themselves.

The Dan Daw Show is playing at Battersea Arts Center from 27 April – 3 May 2022. For more info, click here: bac.org.uk