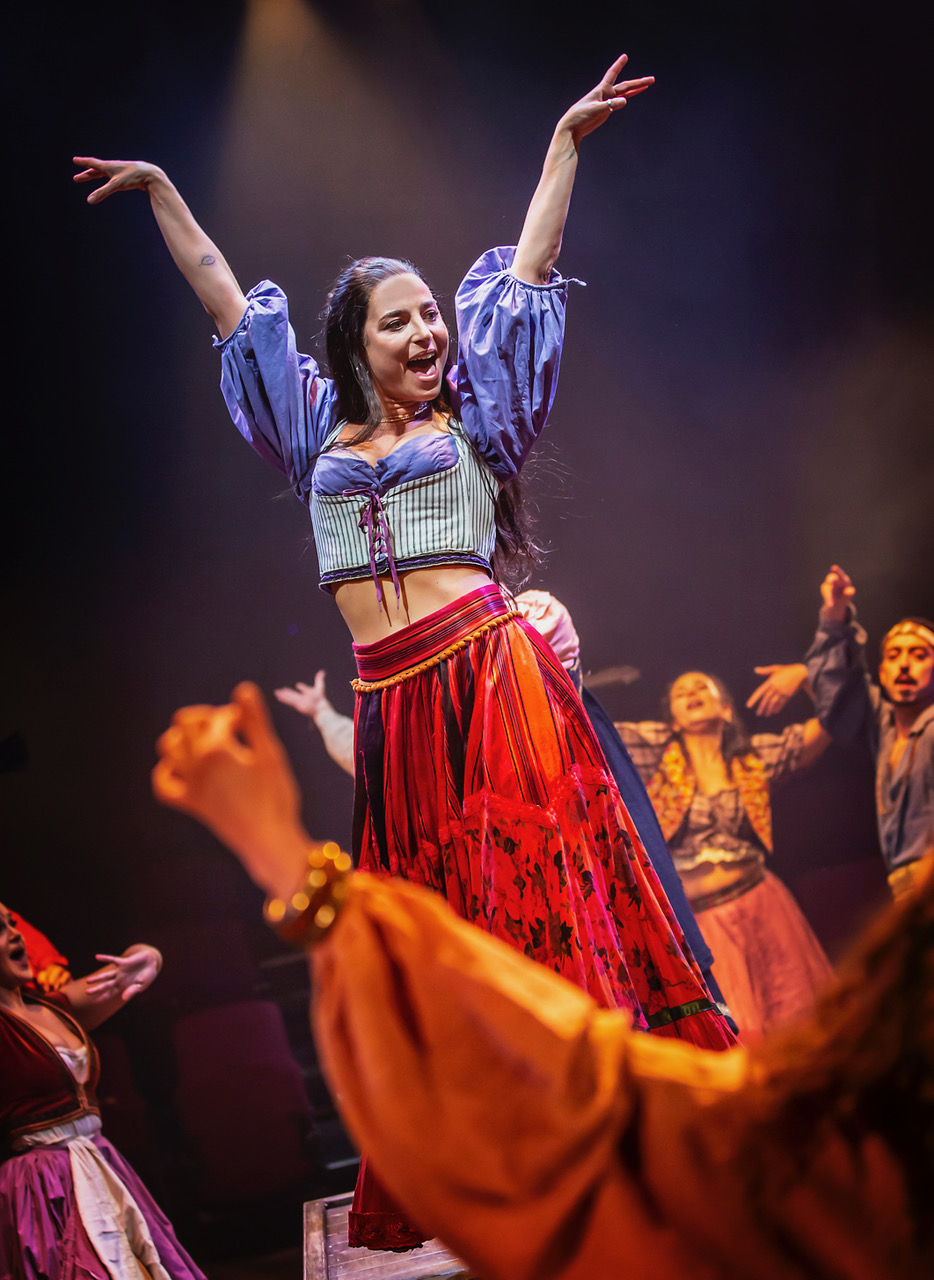 The musical Zorro not only tells a story of justice but it is an audio-visual feast of music and dance full of humorous plots. It recreates the romantic hero Zorro through extraordinary aerial acrobatics, superb swordplay, and an incredible performance. The music of the Gypsy Kings runs throughout the performance, and traditional flamenco dances add bright colours and a zest to the stage.

The world-famous musical ‘Zorro’ tells the story of Diego, who was sent by his father to Spain and joined a gypsy band. It was here that he met his lover Inez and was soon found by his childhood sweetheart Luisa. Luisa tells Diego that his father is dead. Diego needs to return to California to stop his brother Ramon, who has become a tyrant. Ramon has stripped the people of their rights and has put himself in charge ever since their father Don Alejandro “died.” Ramon demonstrates his cruelty by sentencing three men to death for stealing. After witnessing the cruelty of his brother Ramon, Diego donned a mask and played the hero Zorro to protect the people. This presentation aroused the curiosity of the audience through twists and turns in the plot, answering several questions along the way. Will Diego choose the passionate gypsy girl Inez, or the brave and calm Luisa? Did Diego’s father die? In the end, can Zorro defeat the evil Ramon?

The performance brilliantly merges a passionate flamenco with an energising tap. This warms the atmosphere of the theatre and keeps the audience engaged. This is an ebullient musical with a gypsy heart. The festive atmosphere of flamenco made the audience tap their feet to the rhythm.  They were absorbed in this magnetic ambience. This group of extremely enthusiastic actors has injected fresh energy into the pre-existing format of the musical Zorro. Benjamin Purkiss, who plays Diego, is a perfect fit to perform a righteous Zorro. Paige Fenlon, who plays Luisa, is as elegant and gentle as moonlight, and everyone is intoxicated by her singing. And Phoebe Panaretos, who plays Inez, is as charming as a red rose, and her dance made the audience cheer. Zorro is composed and adapted by John Cameron, one of the most versatile composers in Britain today, with music by The Gipsy Kings, the enduring monarchs of Latin pop.

The Musical Zorro runs at the Charing Cross Theatre until 28 May, 2022. Tickets are available here: https://charingcrosstheatre.co.uk/theatre/zorro

Reviewed by Jiajing Yang. Yang is a MA Documentary-Fiction student at UCL and a volunteer writer for Abundant Art. Yang has written several different articles on the WeChat platform and Zhihu website, mostly about film and literature, and she has published a romantic novel based on ancient China.