The Oil Machine: The Reality of a World Run on Oil – Documentary Review – Abundant Art 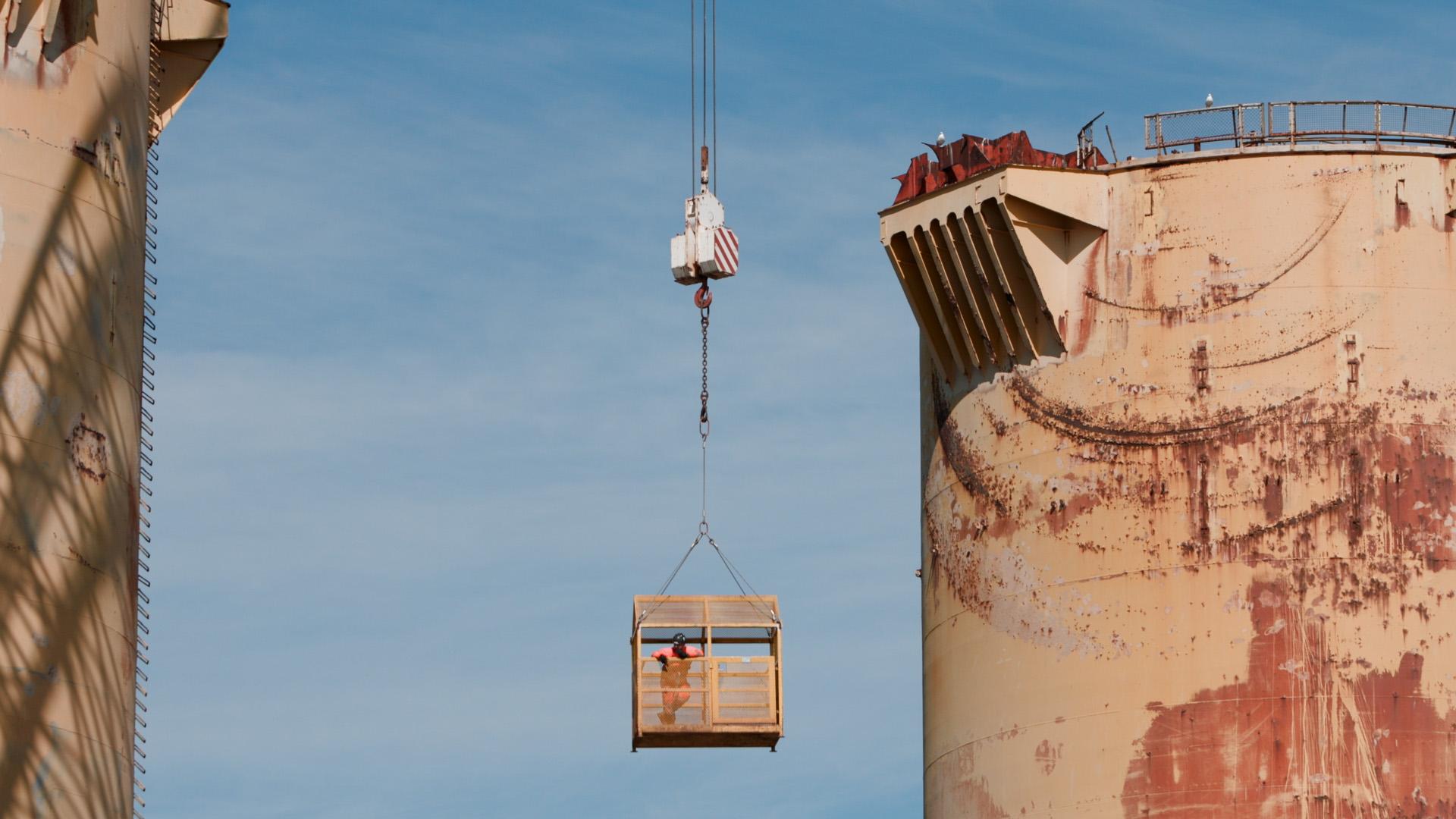 The Oil Machine: The Reality of a World Run on Oil – Documentary Review

The Oil Machine directed by Emma Davie and produced by Sonja Henrici follows North Sea oil production from offshore rigs to every corner of our society. From high finance to cheap consumer goods, oil has shaped our world. The film raises the questions of how we can transition away from this dependency, how does this affect us, and what does the future hold?

“For decades, the world has been built on a hydrocarbon-based infrastructure. If you consider it, maybe a good analogy would be it’s almost like replacing all the veins in the human body. You can’t pull them all at once.” Emeka Emembolu, BP

This quote by Emeka Emembolu perfectly encompasses the predicament the world has found itself in. We desperately need to make drastic changes but it will be somewhat of a slow process and affect the Earth as a whole. The Oil Machine dives into this dilemma head first while presenting the multi-faceted issue from various points of view. The film begins with a child presenting many familiar objects: toys, stuffed animals and an iPhone. As each object is shown to the camera she repeatedly states, “This is made of oil.” This opening was eerily calm and innocent due to the presence of a child and her toys. It created an unsettling mood and encouraged the viewer to truly face reality with no tricks, no effects, just cold hard facts. The ugly truth about oil has tainted even the innocence of a child.

We all know that oil production is negatively affecting the environment. The obvious solution is to halt production and find more sustainable options, but there is a major roadblock to this plan. Throughout the film, a major point that was raised was the number of jobs North Sea oil production creates. This not only makes a higher quality of life for multiple communities but boosts the economy enormously. We have found ourselves desperately entangled with oil, a constant push and pull between economically prospering and environmentally decaying.

Films that tackle subjects such as the imminent destruction of the planet we call home can be conflicting for audience members. On one hand, it’s inspiring. Let’s all reduce, reuse and recycle! But deep down we know this isn’t enough. When consuming media that is meant to be an educational tool, as The Oil Machine is, it is difficult to not walk away feeling defeated because quite frankly the reality of it sucks. As an audience member being presented with these facts brings on an overwhelming feeling of guilt and fear. In simple terms learning the truth about our world is a tough pill to swallow, but The Oil Machine presented these facts clearly and eloquently.

The research behind this film is extremely thorough and providing multiple points of view from various age groups is a valuable way to engage a diverse audience. Although providing this substantial amount of information is beneficial it did get quite dense throughout the 82 minutes. Furthermore, the combination of technical language and the immense amount of information to process on such a distressing topic required a bit more attention and concentration from the audience. Despite this, The Oil Machine tackles a massive and pressing issue through various perspectives and really paints the whole picture. The only thing that was left unanswered is what the future holds for a planet completely dependent on oil.