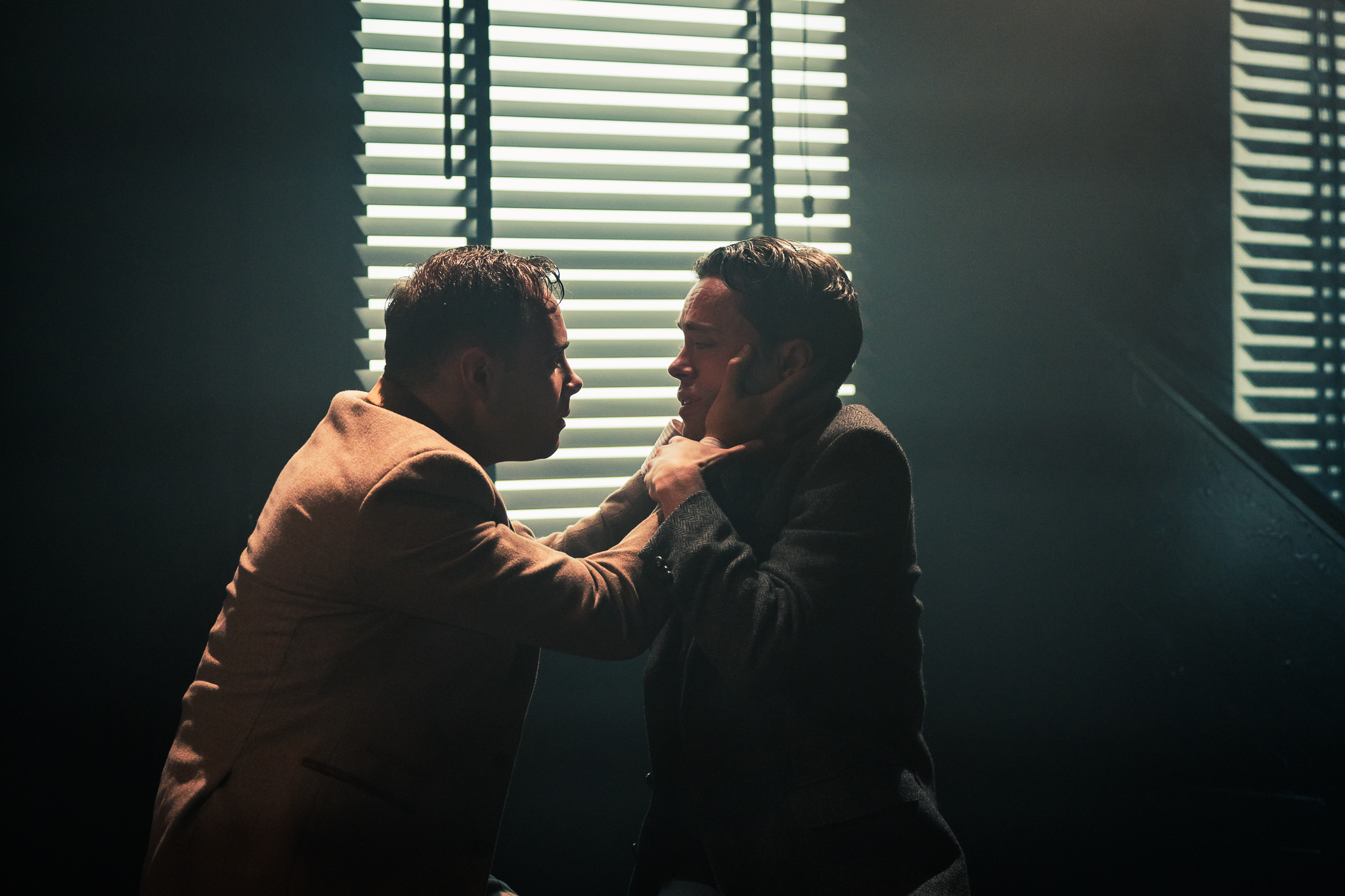 It all began one day in Spring in 1924, Chicago. That day, Nathan Leopold and Richard Loeb kidnapped and killed a 14-year-old boy. This case was one of the first ones to be highly covered by a media circus granting celebrity status to murderers. What could be seen as a murder story actually hid a more complex tragedy which has been fictionalised under different forms: plays, movies and a musical. Indeed, behind the sangfroid murder, there is the story of a toxic relationship between two boys. I had the pleasure to discover this legendary story at the Jermyn Street Theatre and I did not come out of it unscathed.

I was directly immersed into the heavy atmosphere of a police station where I could see pictures of the crime scene and the evidence and feel the heat of Summer in the USA. By way of a flashback, Bart Lambert (starring as Nathan Leopold) narrates how his friendship with Jack Reitman (starring as Richard Loeb) led to a murder. The tension in the room went up as we understood that we are witnessing the beginning of a power relationship between two young boys. I was impressed by Bart Lambert’s acting: I could feel his heartbeat racing every time Richard was touching him and I was shaking with him as he was scared of getting caught. I completely understood how dependent Nathan was on Richard. He played the character to perfection – this young man madly in love with his friend. I was kept on tenterhooks from the beginning to the end, hoping that they would not commit an irredeemable act. Step by step, it became more evident that they were heading for disaster. In the end, both roles are madly obsessed: one about the robbery and the other about his friend.

I enjoyed how the transition between the present and the past is smoothly done enabling the spectator to understand the entanglement of the story. I was impressed by the tension among the characters and how it was enhanced by the music coming from the piano and their voices. The musical ends up in a dazzling scene where the two characters merged their voices to be as one. The musical enables us to grasp the complexities of their relationship and I could not help but feel sad to see how far someone could go for love.

This dark and thrilling musical is performed by two prodigious actors who will leave you speechless. It will run until 5th February 2022 at the Jermyn Street Theatre, London. Learn more about it and get your tickets at: https://www.jermynstreettheatre.co.uk/show/thrill-me/

The image was taken by photographer Steve Gregson.

Reviewed by Alix Berthelot–Moritz- Alix is a volunteer writer for Abundant Art. Originally from Normandy, France, she follows her passion for journalism and art by studying at the European Political and Social Sciences of UCL, London. As an international student living in London, she is determined to fully experience and discover the entirety of the city’s vibrant arts scene and share the beauty of it through her writing