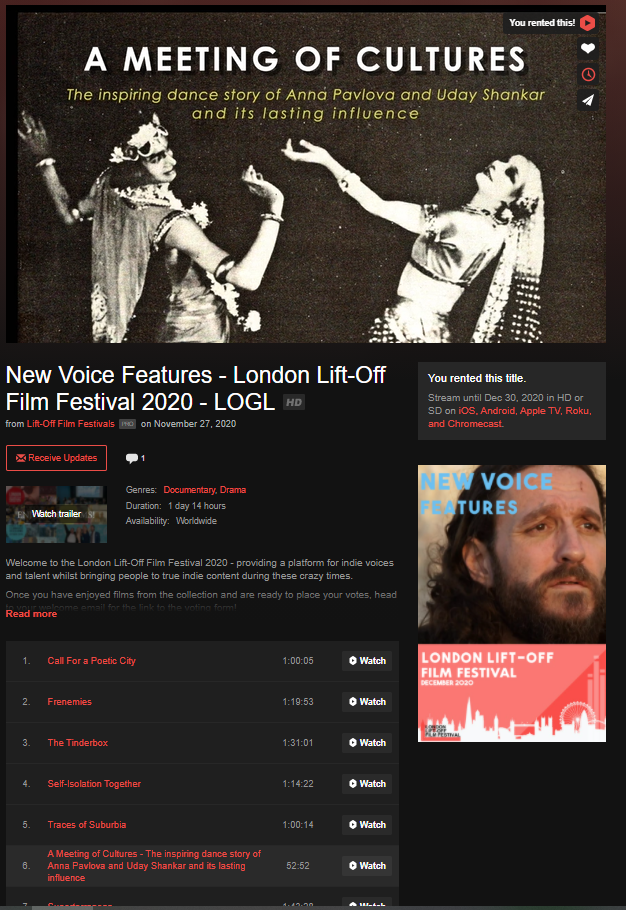 London Lift Off Global Film Festival 2020- ‘A Meeting of Cultures’ nominated in the Official Selection!

Thank you and congratulations to everyone who have been involved in ‘A Meeting of Cultures’! Sharing another official selection for our film this year-the London Lift-Off Festival 2020! With everything shifting online, the entire festival is now available to watch on Vimeo on demand. The festival has launched on 1 December and will run for the entire month. You can watch a huge variety of independent films and also vote for two of your favourite films. This is a new experience for the entire team and we will be very happy to have your support in this exciting journey!! We are in the New Voice Features Category!!

We are in the New Voice Features Category!! The link below is the direct checkout page:

The documentary film tells the story of this first of a kind dance partnership through the eyes of the BA2 dance students of Trinity Laban Conservatoire of Music and dance. Contemporary dance has been shaped by multiple dance forms and cultural influences-this film explores one such influence through the collaboration between Prima Ballerina Anna Pavlova and the pioneer of modern Indian dancer Uday Shankar in the early 20th century.

The story explores the current relevance of this iconic collaboration and how this is an inspiration to today’s diverse cultural scene in the UK. With oral histories recorded from academics, historians, dance artists, choreographers, and filmmakers, young dancers from Trinity Laban unfold the first artistic connections between UK and India, western ballet and contemporary dance, and the birth of a new dance legacy. The film also showcases rare archival footage of historical value. 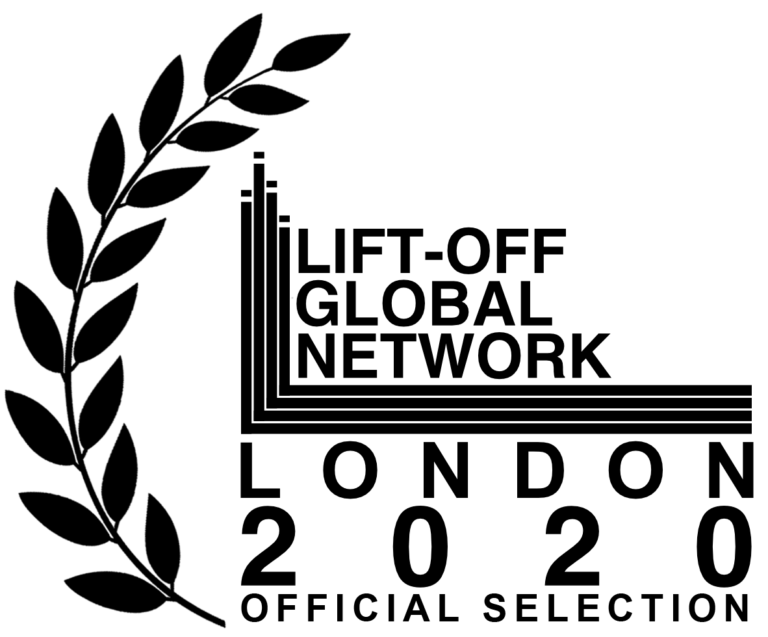 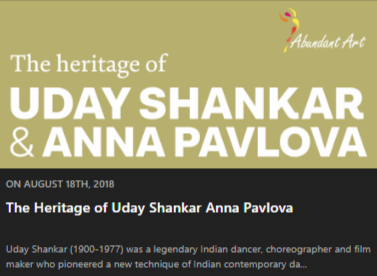