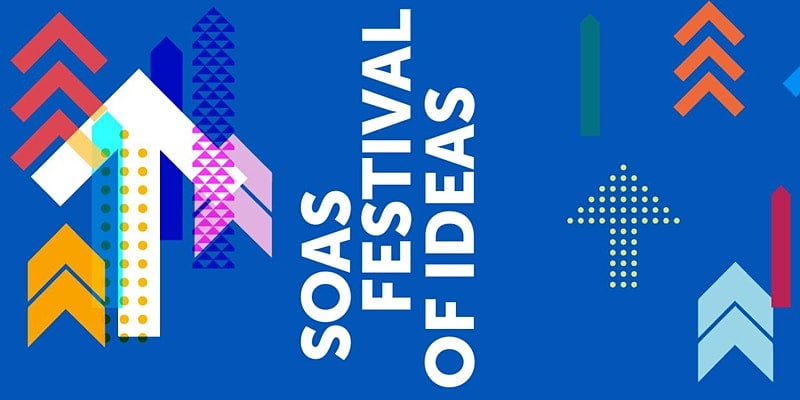 Screening of ‘A Meeting of Cultures’ and panel discussion at The Festival of Ideas – SOAS university of London, South Asian Institute- 22 October 2020 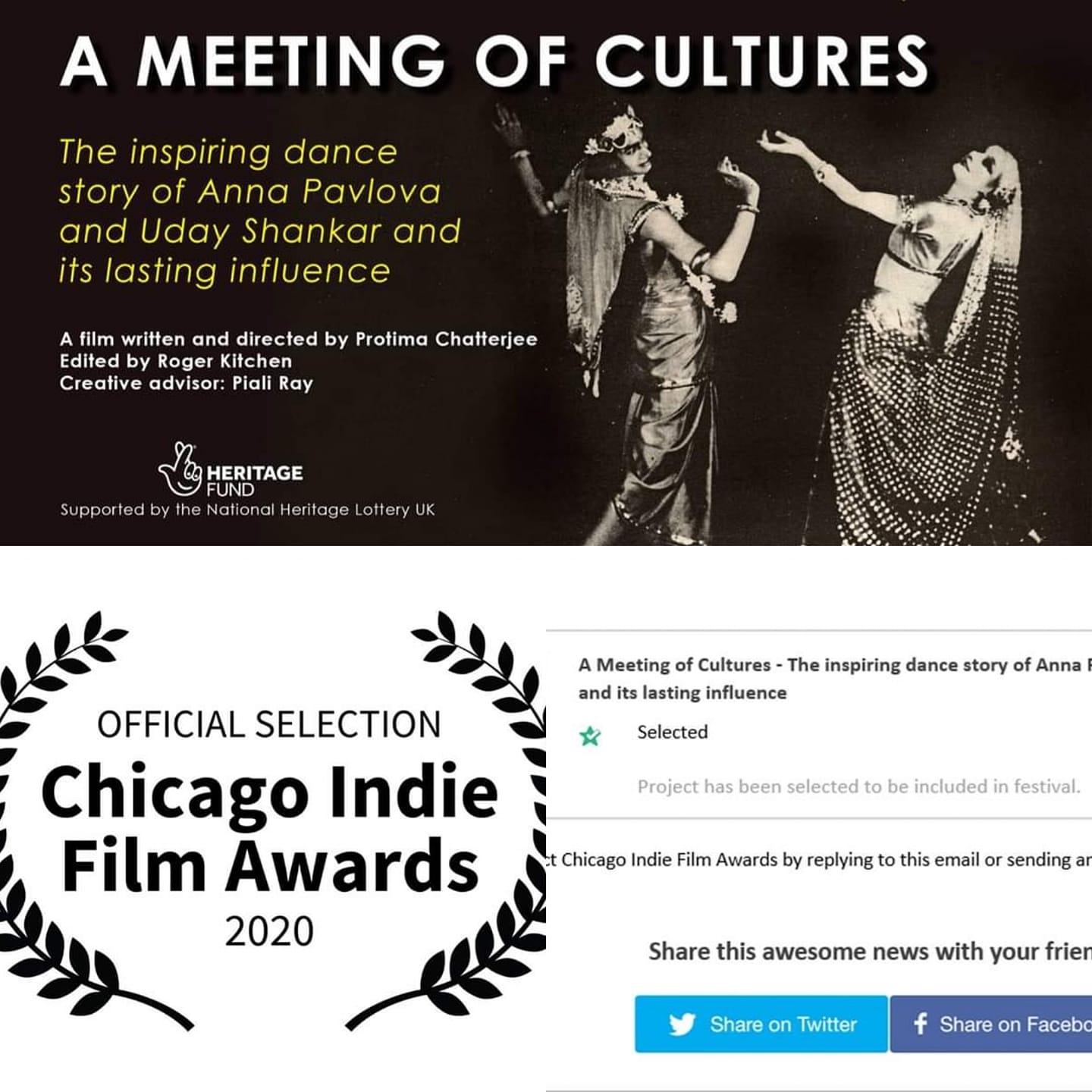 Delighted to share the news! Our film 'Meeting of Cultures' has been selected for the Chic...

A Meeting of Cultures: An inspiring dance story of Anna Pavlova and Uday Shankar and its lasting influence 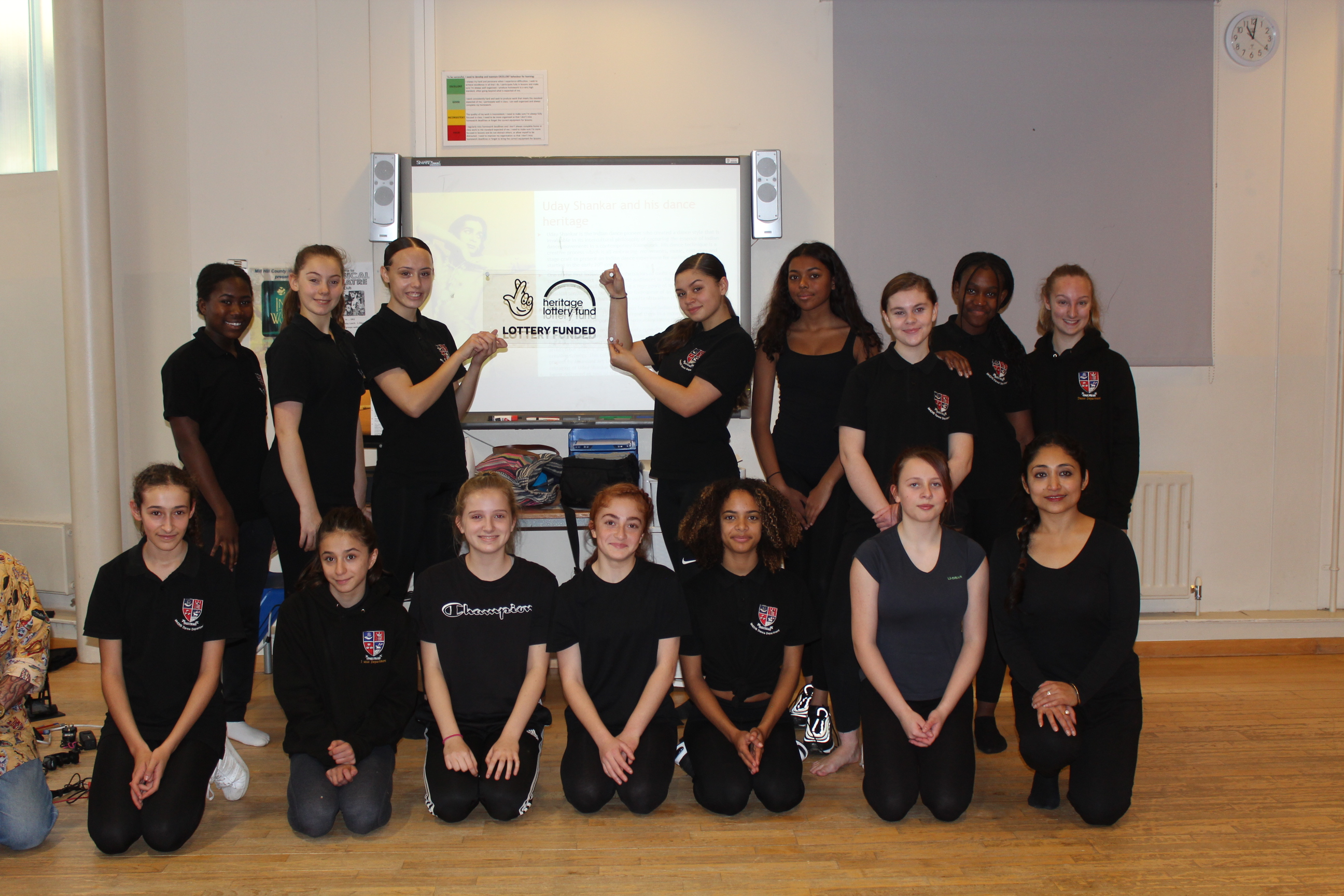 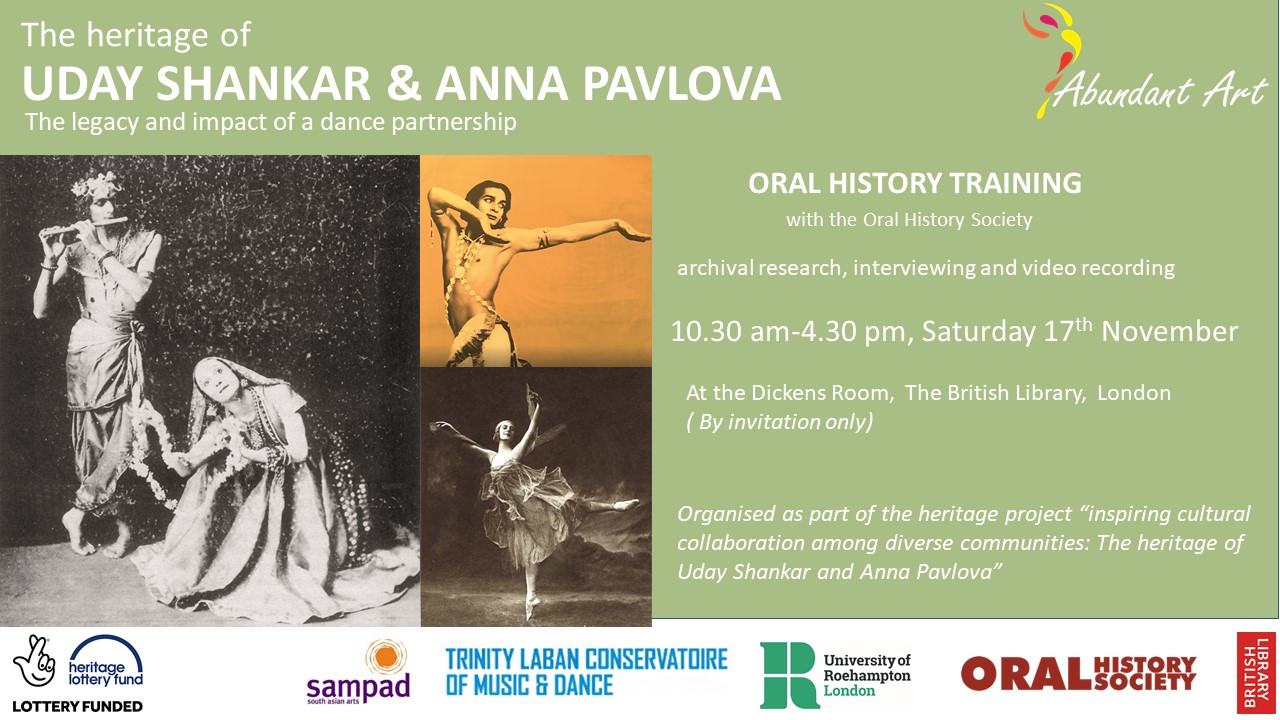 Moving forward with the project we are working on capturing oral histories-the told-untold... 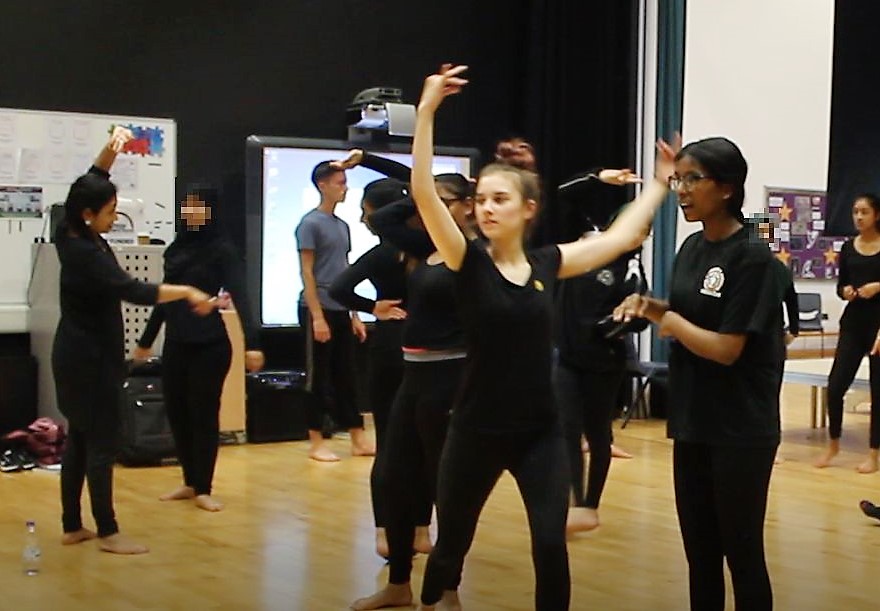 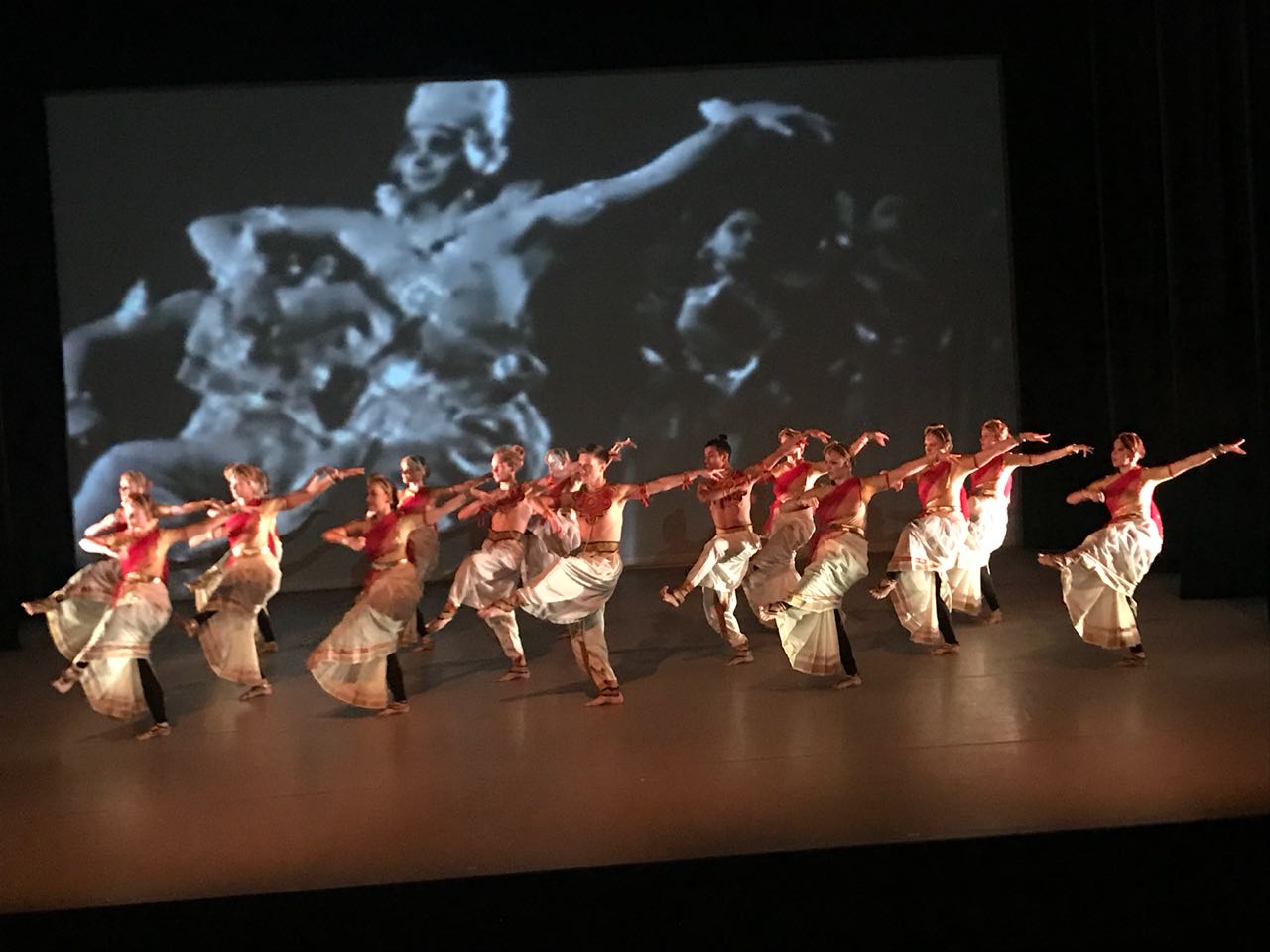 An Abundant Art project supported by the Heritage Lottery Fund

About Uday Shankar and Anna Pavlova Uday Shankar (1900-1977) was a legendary Indian dancer, choreographer and film maker who pioneered a new technique of Indian contemporary dance. Anna Pavlova (1881-1931) was a prima Ballerina famous for her performance as and in” The Dying Swan” and for being the first ballerina (with her own company) to do a world tour of ballet. Their path breaking partnership gave us a heritage that opened a whole new world of creative collaboration across cultures- For the first time in modern history two dancers from completely diverse cultural civilizational backgrounds understood the value of each other’s heritage and co- created while always respecting the other’s culture without compromising the authenticity of their own styles. Uday Shankar is the Indian dance pioneer who created a dance style that is invaluable in its intercultural philosophy of capturing the essence of Indian dance movements in a contemporary framework. His dance technique is a creative process which is all embracing- movements, music, costumes and stage craft to present an Indian dance experience for audiences in the west starting in the early 19th century. One of the first Indian cultural ambassadors of multi-cultural and artistic synthesis to connect with artists and audiences in the UK and worldwide. He created a new genre of Indian dance outside the classical sensibilities and was the forerunner of an ideology that was far ahead of his times-globalisation and multiculturalism through art. Shankar took the essence from various forms of Indian classical and folk dance, statues and paintings and merged them in a movement format that evolved into a contemporary dance form maintaining the Indian aesthetics. Pavlova performed many ‘ethnic’ dances, some of which she learned from local teachers during her travels. In addition to the dances of her native Russia, she performed Mexican, Japanese, and East Indian dances. It was from here that her collaboration with Uday Shankar started. Supported by her interest, Uday Shankar, her partner in Krishna Radha (1923), went on to revive the long-neglected art of dance in his native India. Had there been no Anna Pavlova, there would perhaps not be an Uday Shankar, the dance pioneer. And with no Uday Shankar Indian Dance would not have had an early exposure in the World stage or seen a new genre of contemporary Indian dance format that captures the essence of western cultural sensibilities of stagecraft, light, costume design which was an integral part of the newly formed Uday Shankar technique that made it hugely popular across nations and set Indian dance on the world stage permanently. Or we would not have had dance introduced in Indian cinema in the 1930s which has popularly evolved and taken a more modern and contemporary form today. The first Indian contemporary movement format that Uday shankar created will be studied, reimagined and recreated across the community through workshops and activities in schools and universities. The activities will include understanding and learning new movements in dance practice and how an idea can be developed to creatively evolve in a dance movement, individually or in a group. The project will involve valuable new learning about cultural collaboration through the lens of Uday Shankar-Anna Pavlova partnership. The outcome of these activities will be shared across public venues along with the oral history narratives where the community at large can be informed about the first cultural exchange and artistic collaboration between the East and the West, the legacy of Uday Shankar and its relevance in Indian dance today and the history of Indian contemporary dance dating back to 1920s. The Uday Shankar dance style creatively connects cultures, communities and inspires innovation. His dance partnership with Anna Pavlova, the Prima Ballerina from the west continues to be a shining model of practice where artists from distinct and diverse cultural backgrounds came together in a creative synergy. This collaborative process is part of a research and heritage project by Abundant Art UK led by Protima Chatterjee, supported by The Heritage Lottery Fund. Our participating partners are Sampad-South Asian Arts and Heritage, Tinity Laban Conservatoire of Music and Dance and Roehampton University.
Facebook Comment