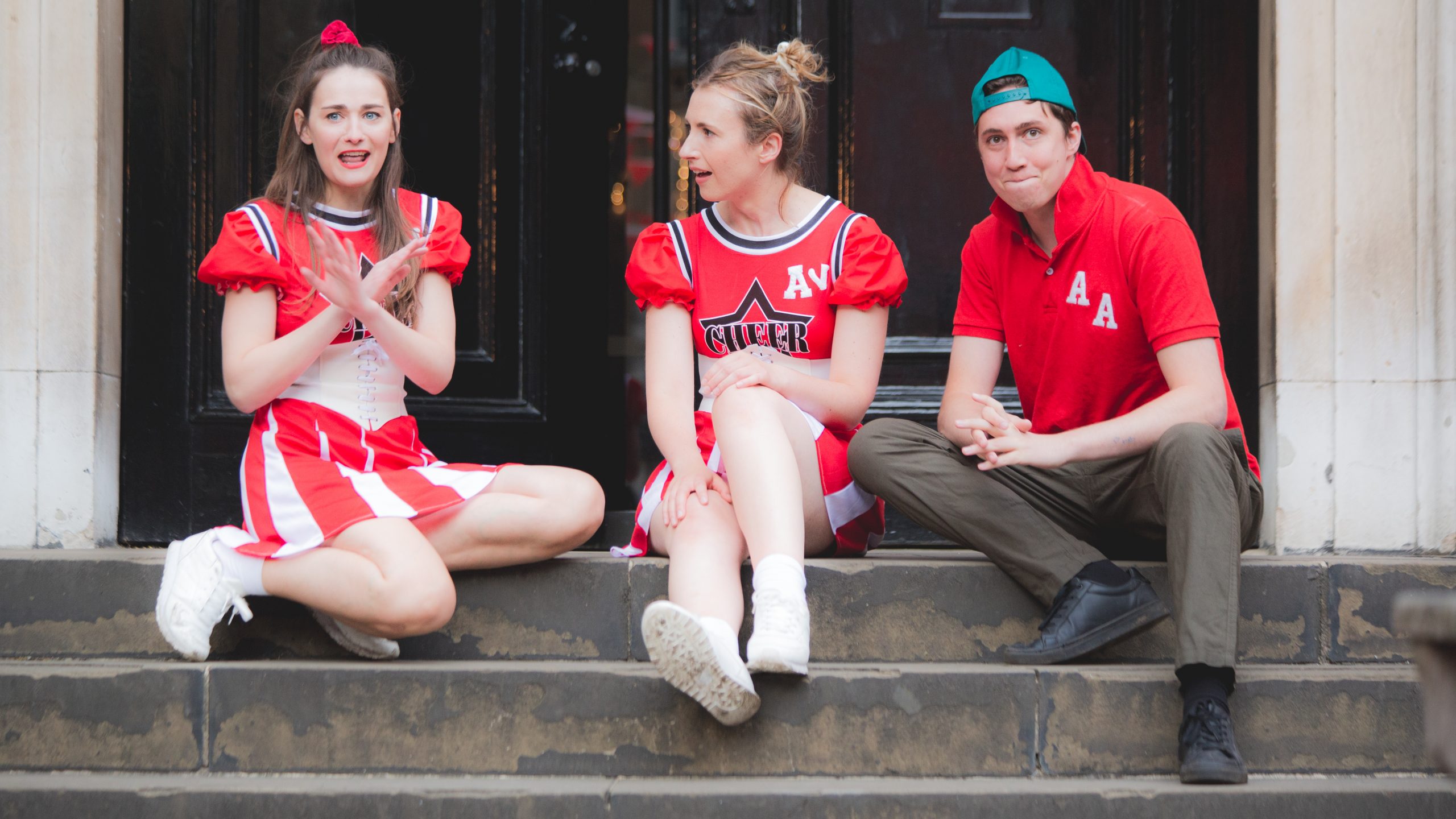 As part of their outdoor summer festival 2022, Iris theatre presents Shakespeare’s “A Midsummer Night’s Dream”,  an adaptation with a twist by Sara Aniqah Malik!

Drinks in hand, the audience is jolted from their pre-show mingling by a loud voice. Heads turn – it’s Puck, but with paint spotted all over her skirt. We are introduced to the twist: Athens is now a high school in the 90s, with cliques, cheerleaders and goths. A colourful array of characters enter – Snout, Bottom and Starveling, except they’re in glee club. The audience, now intrigued, follows Puck around the  church to a beautiful outdoor stage by the entrance. The rest of the characters are introduced, each one bringing a wave of laughter as their role in Athens Academy is revealed.

The story unravels as the audience is drawn from location to location – inside the church, in the garden, and back to the initial stage – while accompanied by a sense of nostalgia brought by 90s pop songs. Just outside the entrance to the church, we are introduced to Hermia and Lysander: two teenagers in love, plagued by Hermia’s promise to accompany Demetrius to the prom. As the evening progresses, Oberon and Titania emerge and we witness Oberon confess his love for Titania by serenading her with his old-school stereo. Plans are put in place by the characters: Hermia and Lysander steal away from campus, and Puck will bewitch Titania. In shimmering lights and loud music, the audience watches as drama unfolds at the Athens Academy prom.

In the forest ‘beyond the bleachers’ (a short walk from the church to the garden),  the lovers run around in delicate dresses and stylish suits while the glee club searches for a place to rehearse for regionals. Desperate Helena vies for Demetrius’ attention, who is distraught at the disappearance of Hermia and Lysander. Laughter is once again echoed throughout the audience while turmoil ensues as the lovers find themselves entangled in each others’ relationships. The play ends in the church, at regionals, where the glee club performs a hilarious presentation of Pyramus and Thisbe.

The cast put on an expressive and engaging performance. Every word spoken by the actors convince the audience of their emotions. Each scene is played with strength and conviction,  building  up to a hilarious finale that send the audience home with cheers and smiles. With everything from theatre geeks to cheerleaders, Sara Aniqah Malik’s adaptation brings a humorous perspective to one of Shakespeare’s most famous plays. It keeps the genre relevant today, especially to a younger audience. Few weeks ago we interviewed Zena Carswell who plays Helena, where she told us “audiences will appreciate the slight twist on the original”. Read Carswell’ interview here Interview with Zena Carswell, A Midsummer Night’s Dream at Iris Theatre – Abundant Art

Reviewed by Aishani Chatterjee- Aishani is a Year 10 student at Latymer School and is learning Classical Ballet and Indian Classical dance Kathak. Her love for dance and her interest in media studies and performing arts draws her into watching performances, learning from a varied range of presentations and writing about them.